Back and better than ever, the original TALES OF MODERN MOTHERHOOD will be streamed live online! If you missed it last time, now’s your special ONE NIGHT ONLY chance to see where it all began. Check out the show’s trailer below!

There will be a Live Q&A with the artist after the show. The show will also be viewable up to 48 Hours after you first start streaming it, but you have to catch the show streamed live to participate in the Q&A!

TALES OF MODERN MOTHERHOOD: THIS SH*T JUST GOT REAL is Pam Levin’s brutally funny comedy about the fear of becoming a parent, and why she seriously considered just settling for a dog. To birth or not to birth, that is the question, but what if, to NOT is a deal breaker? Pam had managed to convince her husband Brett to postpone parenting for 5 years, but now time’s up and her husband’s biological clock is ticking. But Pam has a different strategy, SPERM ASSASSINATION! Tales of Modern Motherhood addresses the good, bad and ugly truth of what happens behind closed doors and gives a very honest perspective on the hardest job in the world, PARENTING!

We’re not giving up on the arts during this crisis, and neither should you! The original Tales of Modern Motherhood will be performed and streamed online live! 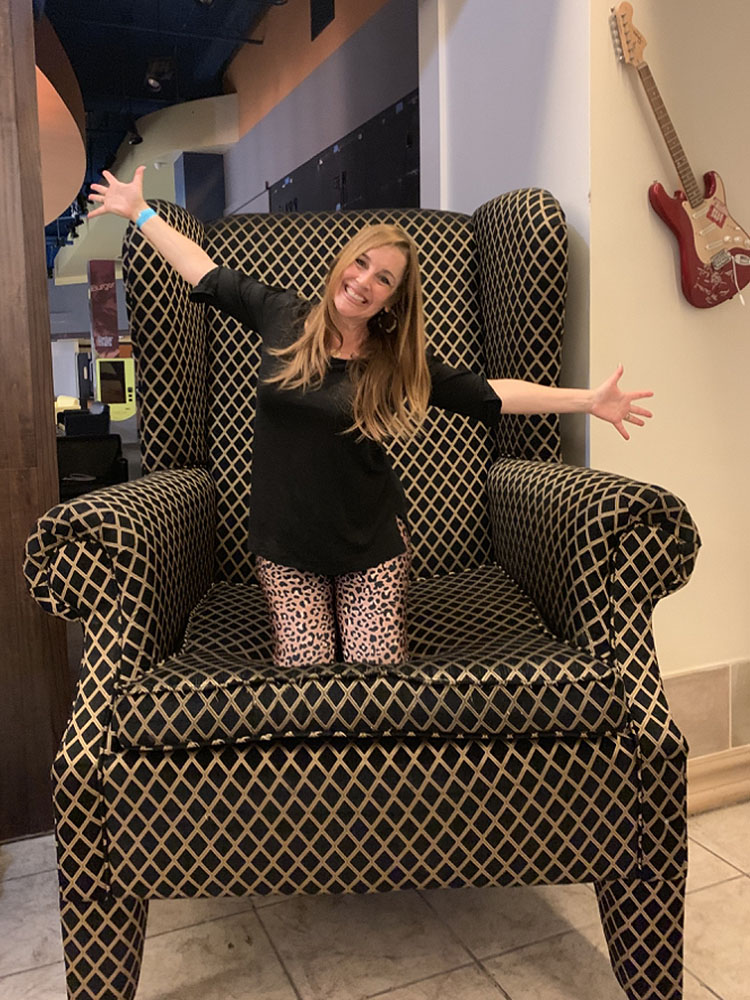 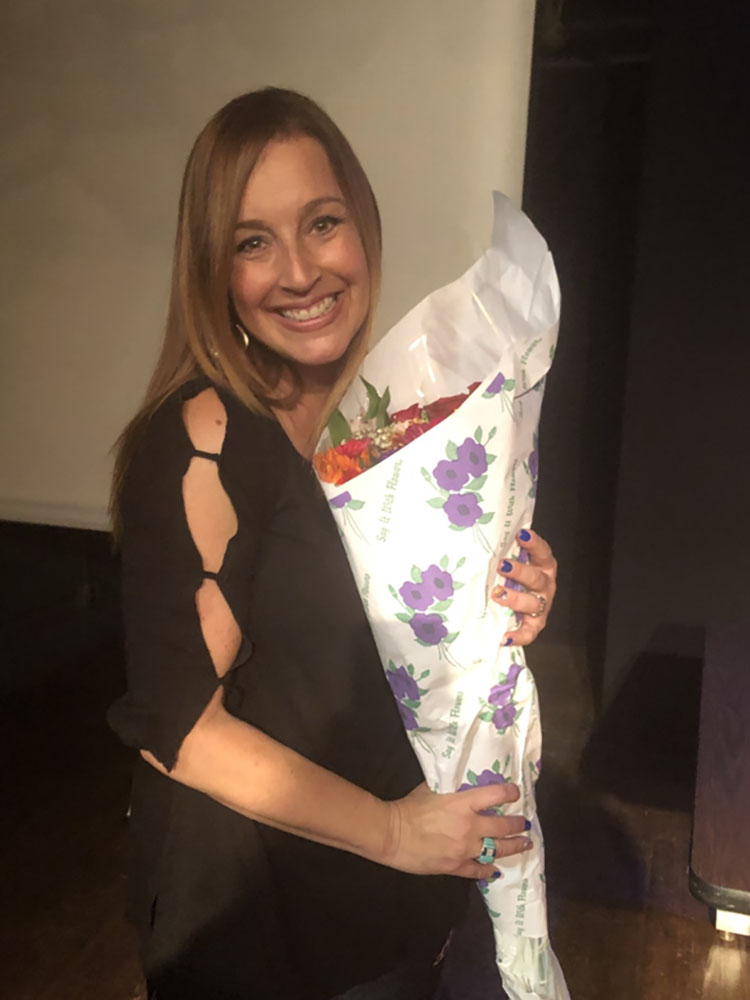 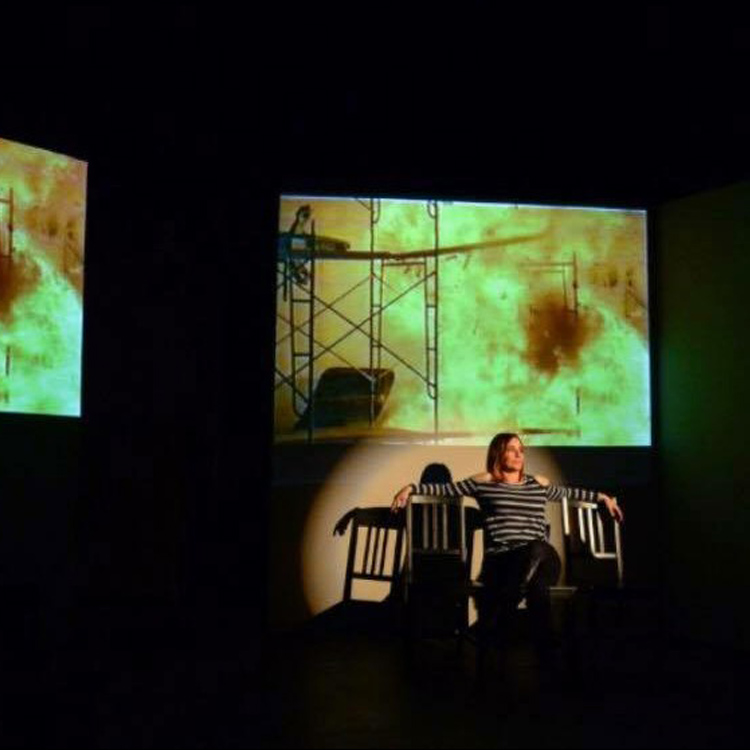 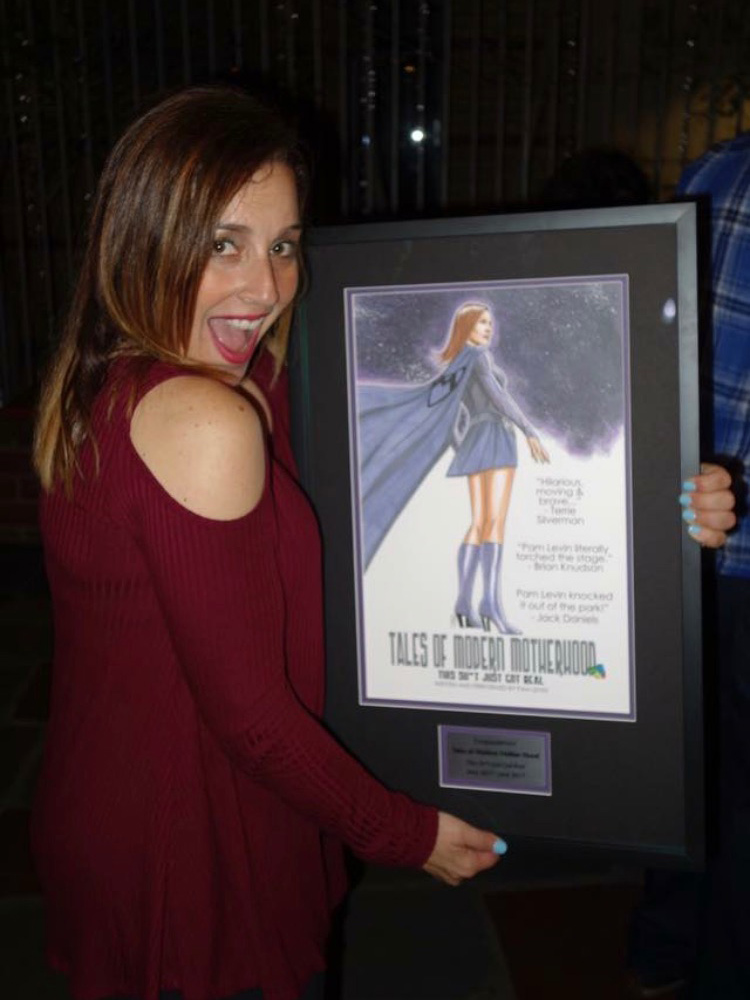 “Last year at Solofest I was lucky enough to see Pam’s first installment of “Tales of Modern Motherhood” and was completely blown away.

Pam is a veteran of solo work, having been writing and performing her own work for the past 22 years…wow.

The first show introduced us to Pam as she was beginning her journey of coupledom and parenthood, with hilarious and riveting stories of birth and love and narrowly avoided disasters…i.e. your average family life! Although channeled through Pam it becomes super-real and far more funny than your own messy madness.

The second show begins pretty much where the last one left off. Her two daughters and her husband and the usual, although brilliantly told dramas…but with one slight twist. Her young daughter of five announces to her that for her graduation she would like to have a mohawk haircut…and then she decides that she is really a he.

As a parent I can totally relate to most of Pam’s previous crazy situations…actually all of them if I’m honest.

But this particular scenario is not in my immediate realm of experience. Although I have had to face some eye-widening questions, some heart-pounding moments and quite a few cliff hangers with my brood.

How Pam handles her child’s gender fluidity is epically masterful….although it’s clear that at the time Pam didn’t feel as if she had any handle on it what so ever. Pam takes us through this deeply personal journey with her usual masterful storytelling style. Funny, emotional, honest and profound. Her ability to take these precious and mind boggling moments with her family and distill them into crystal clear, joyous, informative and leveling narratives is a rare and phenomenal skill. She give us the gift of her story, the gift of her daughter’s story, in fact, and the time spent with her in a dark little theatre in Sherman Oaks is revelatory, moving and utterly worthwhile.

Pam is a superstar to be sure but her Darby, her son, is most certainly a chip off the old block. Not that Pam is old…you know what I mean. Darby is brave and totally true to himself and there can be no doubt that Pam is what gave Darby that strength. Although I’m sure Darby’s dad is great too!! But seriously. This show is exquisitely and artfully written and performed. After all, it’s when art is at its most personal that it can be its most powerful and transcendent. And you really can’t get much more personal than this. But that’s Pam Levin for you – open and brave and beautifully bold. She gives you everything and we are far, far the better for it, I can tell you.

Pam has had to add a couple of shows to her time in Solofest this year because she’s selling out all over the place! So take advantage, book your tickets now!! I guarantee you won’t be disappointed.

Pam Levin is what the very best of solo work is all about…love it!!

“This show is funny, touching, fearless and very cleverly constructed. One story flows into another as we wend our way through Pam’s colorful existence. She teases out each laugh and tear from the audience with the cunning that only a mother would have.”

“I saw Pam Levin’s show tonight – This is by far one of the best shows I’ve seen in years. Anyone in the Los Angeles area, it’s a MUST SEE! Remarkably honest and rare. Emotionally charged and side splitting. A beautifully crafted love story, masterfully told.”

“This one woman show is witty, entertaining, poignant, real, raw, all in one; in short, it’s everything fine theatre should be.”

“Santa Monica Playhouse presents a tale of modern motherhood written and performed by actress and singer Pam Levin and directed by Mark Hatfield.

Tales of Modern Motherhood: This Sh*t Just Got Real is a funny and endearing autobiographical comedy of Levin’s reluctant journey towards motherhood. Drawing from her early years and happy single life to marrying the man of her dreams, Levin fearlessly shares her struggles and experiences with avoiding yet eventually embracing motherhood.

With hilarious and absurd bodily function stories, to dancing and singing with the expertise of a Broadway star, Levin delights the audience with stories mothers all over the world can relate to.

Levin not only delivers story and song with passionate energy and rhythmic might, she brings up questions women are not supposed to ask and gives the audience permission to laugh over the pressure of becoming a parent and the absurdities of parenthood.

This reviewer was touched by the open-hearted and grateful way she described the man who would later become the father of her children.

With the help of two screens to show clips and pictures of Levin’s life, the set is elegantly lit and decorated with the feeling of ‘this sh*t is about to get real.'”

“I absolutely loved this show. If you happen to have the opportunity to catch Pam Levin and her “Tales of Modern Motherhood” then treat yourself, this show is too wonderful to pass up.”

WORDS FROM THE AUDIENCE

“Your work, your writing, your sharing, the experience of what your family has done together has blown me away, touched me, surprised me in wonderful ways, and sent me on a gamut of emotions… You’re a fantastic storyteller. Your heart shines in every moment and beams in all the right places. Just simply and truly, truly triumphant writing and performing.”

“I’m not sure I have the words to say how deeply moved both me and my friend were by your performance. It encompassed so many powerful situations and caused such emotional response it’s hard to express all we felt. Suffice it to say we both feel it is one of the most important messages out here and should be heard by many more people!”

“You were phenomenal!! I was truly in awe and the show was absolutely incredible!”

“I am in awe of you my friend. You did an amazing job!”

“Brave, moving and important work! You were outstanding! So grateful I had a chance to see it!” 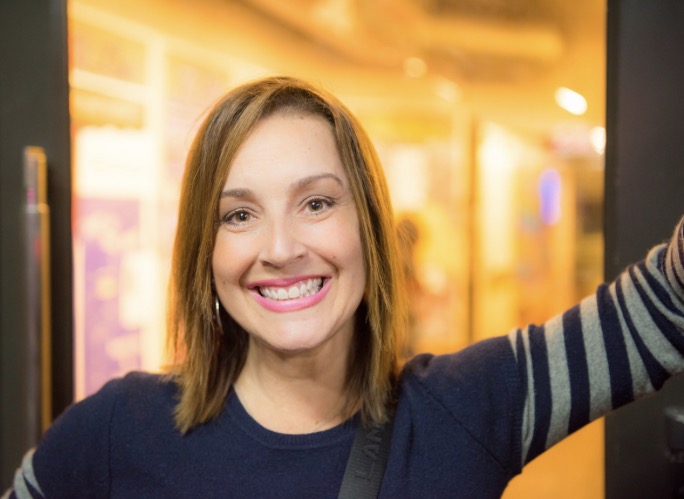 Award Winning, solo performer Pam Levin has been performing one-woman shows for the past twenty-two years.

Pam is thrilled to return to the Whitefire Annual Solofest, which is the largest one-person-show festival on the West Coast. At last year’s festival, she did something that had never been done before. She performed three completely different one-woman shows over the course of the two and a half month festival. She toured all over the world, off and on, for six years with the show The Quiet Room, in which she won an ADA Award in Los Angeles  for “Best Solo Production.” She also had the pleasure of performing the hilarious, raunchy comedy, In My Own X-Rated Words, written by Fredrica Duke, to sold-out runs in LA, as well as the Big Apple. Pam’s third piece, which was actually first in line at last year’s festival, was her own solo piece, which she crafted in Terrie Silverman’s Solo Master Class in LA called, Tales of Modern Motherhood…This Sh*t Just Got Real. It made its East Coast Premiere Fall of 2017, off-broadway at the United Solo Festival in New York City where she had two sold-out shows and was invited back for an encore performance. It had sold-out runs at both The Santa Monica Playhouse and The Whitefire Theater, where she was asked to headline Solofest in 2018.

Most recently, Pam just came back from performing the new chapter of Tales of Modern Motherhood: Part 2 – Gender & Identity” off-broadway at the United Solo Festival. You can also see Pam perform a piece from her new show at Expressing Motherhood on January 18th & 19th at the Lyric Hyperion Theater in Silver Lake.

Pam is currently in post-production on the new web series The Misadventures of… as well as the feature film Princess of the Row.

Pam has narrated over a dozen children’s audio books on the website babysbrilliant.com and is a proud mother of two amazing kids, Bella and Darby, and the bride of her Romeo, Brett. 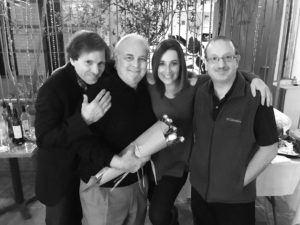